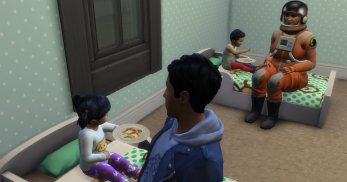 Rotation 7: The household was established, and Jude and Naomi got married.
Rotation 8: Jude adopted two cats, Shadow and Flash.
Rotation 9: Naomi joined the Politics track; Jude opened his restaurant, the Genesis Diner; Naomi and Avery each established a club for community members (Naomi’s is for the adults and Avery’s is for the kids); and Naomi and Jude had a second child together, Ollie.
Rotation 10 (Part 1/Part 2): Jude and Naomi adopted Marcella. 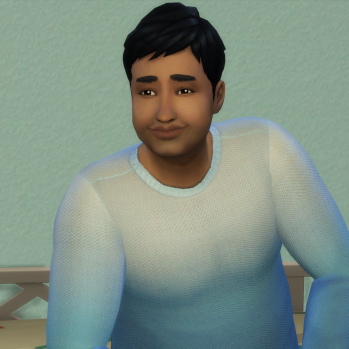 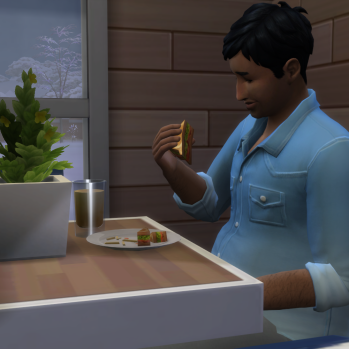 Jude is the oldest child of my fourth generation 100 Baby Challenge sims, and has always been one of my favorite Morgan spares. Soon after I added some mods to the save, he and Naomi got together, and during the course of the save they got married. They share three children, and he’s the stepfather of her other daughter. He also rolled the want to adopt a cat, so they became the first household to have pets.
He’s lifted a number of restrictions for us, and shows no signs of stopping any time soon. After taking out a couple of loans, he became the first resident to operate a business–the town’s first restaurant, the Genesis Diner! (Named after his mother.) 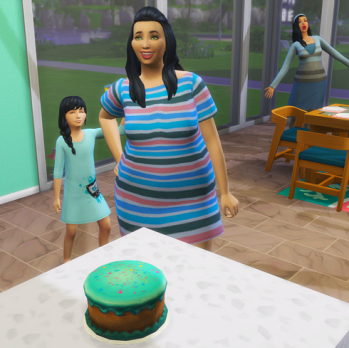 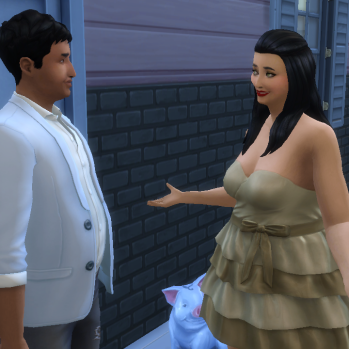 Naomi is Leia and Lancelot’s cousin and was the fourth generation co-heiress in my original save. She has the Party Animal aspiration, so I put her in charge of throwing events in the BACC. She’s very sociable and does well at keeping up with everyone, and I just always think that if she were a real person she’d be the type that lights up any room the second she walks in. She is also probably the sim most likely to turn up at the other residents’ houses–she seems to be constantly visiting everyone! As soon as I unlocked a Politics opening, I had her take it, since I envision her as being the town’s Mayor. 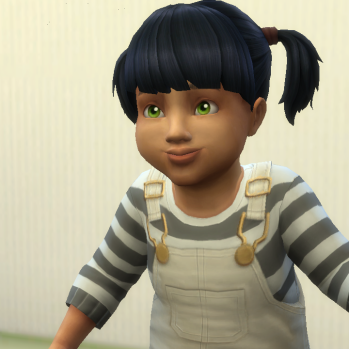 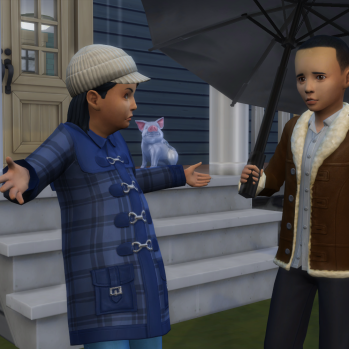 My best girl Avery was the first child born into the save. She went from being a cute, Silly Toddler to actual hell on wheels when she randomized the Mean trait as a Child, and I’ve loved every minute of it, even the ones I’ve spent wanting to bang my head against a wall. She’s the sim most likely to make three messes, destroy your dollhouse, and insult your cat patterned onesie in your bathroom at 4:30 in the morning, all in the span of one visit. (True story.) 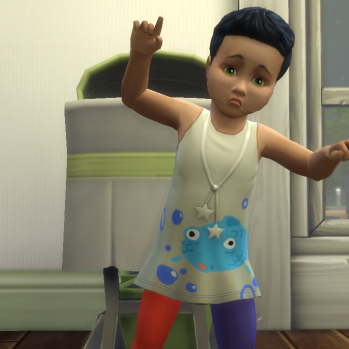 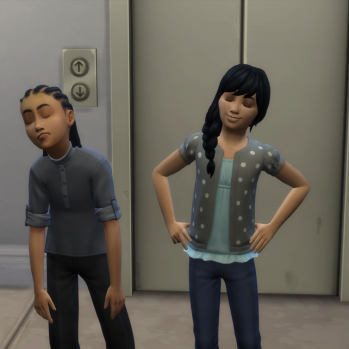 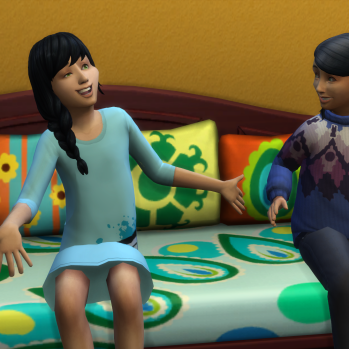 While Avery reminds me a lot of Jude, Brielle definitely takes a lot after Naomi, and not just in terms of her facial structure. Like Naomi, Brielle is quick to laugh, to make friends, to let herself just be silly and bubbly and very much herself. Unlike Naomi, Brielle has a really quick temper. That might be just as well, given that it means she can handle Avery just fine. She and Avery have that classic sister relationship where they’re at each other’s throats one minute and the best of friends the next. 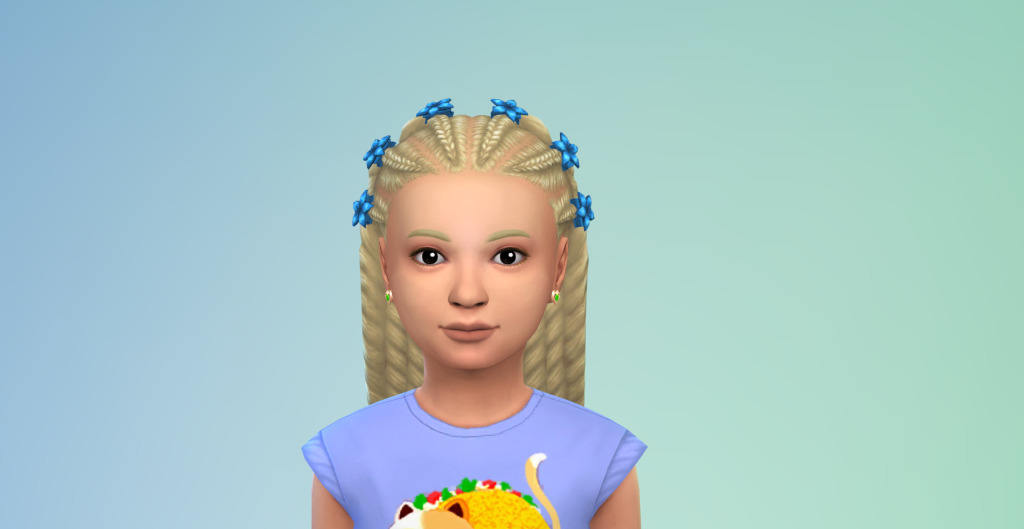 Marcella was adopted by Naomi and Jude when she was a Child, and immediately fit right into the save. She’s notably closer to Naomi than to Jude, and to Brielle rather than Avery. She shows no hesitation in interacting with other kids in the save, and before long it was like she’d always been here. She’s only a few days younger than Brielle, so while she’s the third youngest in the family, it’s not by much. 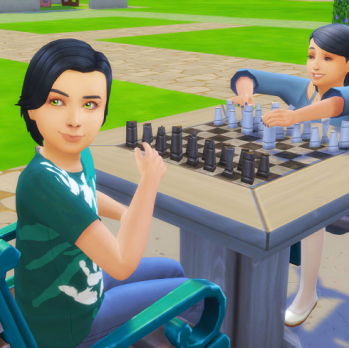 Ollie was the surprise child of the family, and is doted on by everyone. He’s a cute little bub who has shown a pronounced fascination with the cats.